In 2011, Apple brought voice assistants to the masses – Siri was a headlining feature for the iPhone 4S. In 2013, Google brought the ability to talk to its search engine on browsers and phones with the phrase “OK Google.” Microsoft then launched Cortana in 2014 with their Windows Phones, and then added the feature to Windows and Xbox…

These original voice assistants all launched as software upgrades. Yes, you needed hardware to use them – but you probably already had a cell phone or a computer. You may have gotten a new one to use these features, but cell phones and computers were pretty commonplace in 2014.

In contrast, Amazon didn’t launch Alexa as a software service or an extension of an existing product. We were introduced to Alexa as a piece of standalone hardware in November of 2014, exclusively offered to Amazon Prime members. The Amazon Echo launched the “smart speaker” class, which wouldn’t see a direct major competitor for almost two years. Smart speakers like the Amazon Echo may seem like a fun novelty, or something for the nerdiest among us – but you may be surprised at how they can work for you, and how they could save you time throughout the day.

Amazon’s Echo line of smart devices are popular among a spectrum of consumers. They range from the $50 Echo Dot Gen 2 (often on sale for $30) to the $230 Echo Show. The ridiculously cute Echo Spot just launched for $130. Heck, I bought one on sale while I was writing this… At that price, why not? 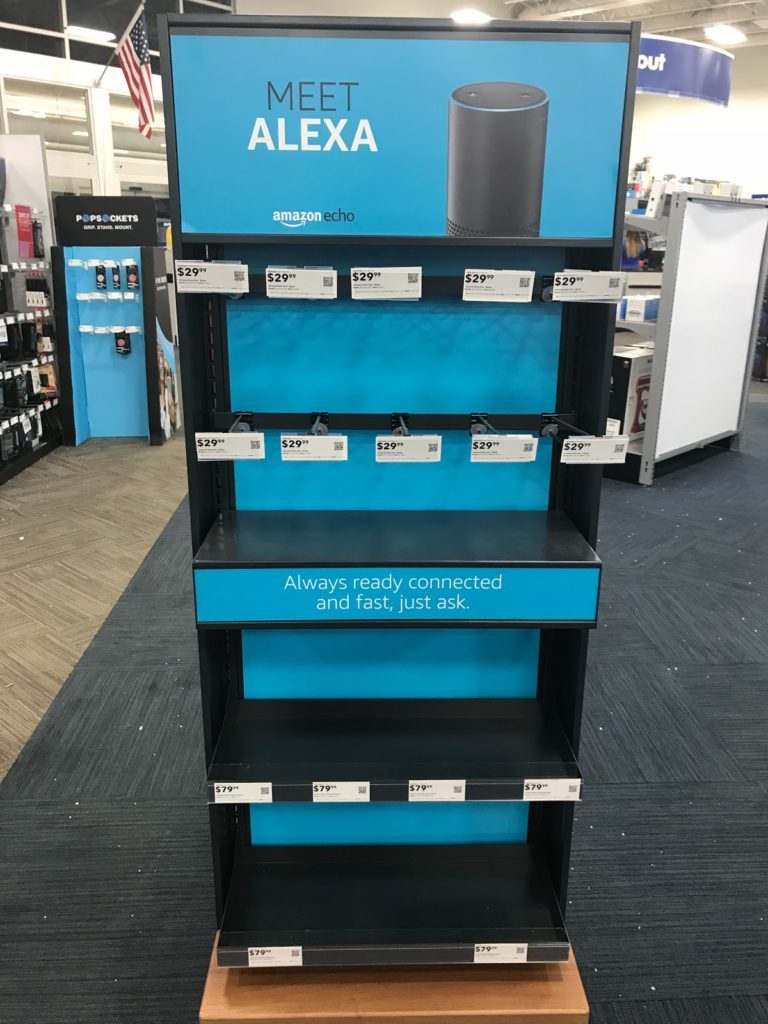 Originally, this was a research task to see if we could get Amazon to recognize “Call LongerDays” and connect people with us. Unless we’re in your contacts list, that isn’t on Alexa’s radar right now. More on that later…

There’s a lot that Alexa can do for normal people – but Amazon recently set their sights firmly on businesses, with the tagline “Empower your organization with Alexa.”

So, what could Alexa do for you?

Flash briefing is one of Alexa’s headline features. Your flash briefing can contain banking info, news items, stock prices, weather, and a thousand other things from third parties. You can customize and reorder to your heart’s content. 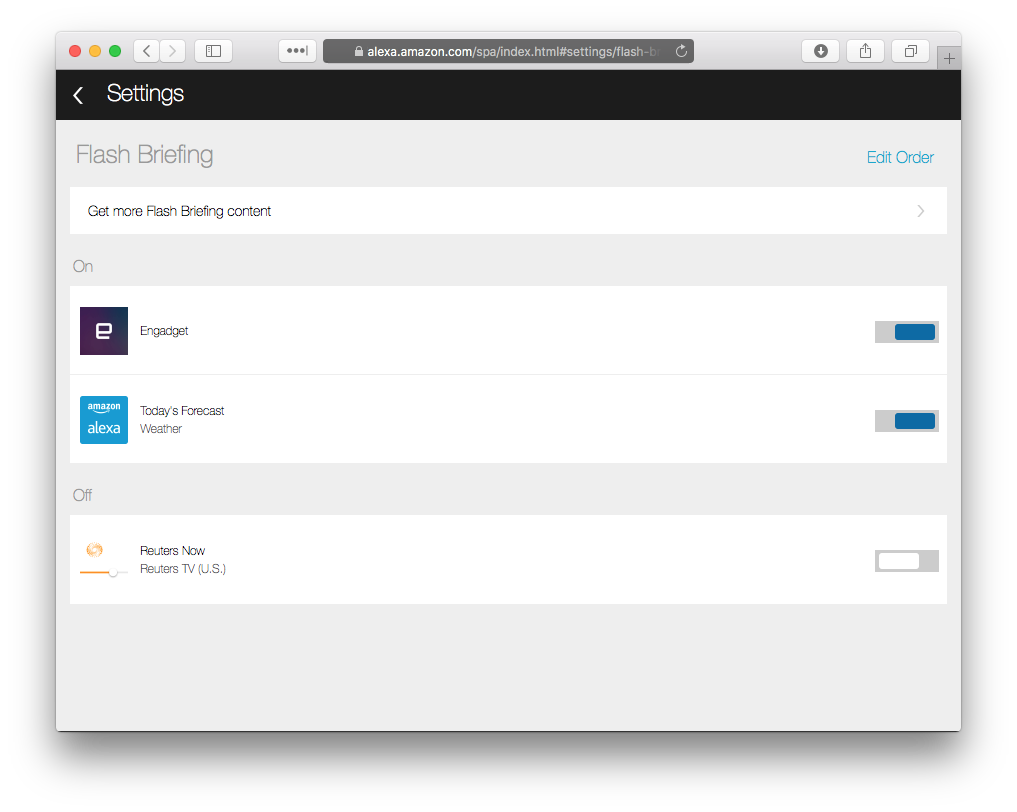 There are basic things Alexa can do: call people, send messages, create calendar events, lay out an overview of your day, provide updates about news and weather, set reminders, manage lists, run alarms and timers… It can play audiobooks, music, podcasts, even videos if you get one with a screen… Alexa will translate languages, get recipes, convert currency… Guide meditation and run games… It will entertain the kids with Scooby Doo Mystery Theater.

Have a car with an auxiliary port? A writer from Business Insider keeps one in his car. If your car is suitably new-ish and fancy, you can start your car and set the temperature (helpful when your hometown breaks a 56 year old snowfall record, and you have to be somewhere soon for a meeting).

How about security? You can use Amazon’s “Drop In” function to see what’s going on through any Echo device with a camera. If you’ve got a smart lock and a camera, have Alexa show you who’s at the door, and then lock or unlock it. Use it as an intercom system or check up on your office while you’re out and about. Lots of smart home things can be smart office things – lights, switches, thermostats, and more can all be controlled with Alexa.

Do you buy workplace supplies through an Amazon account? Don’t make a reminder to order more office paper, just ask Alexa to do it for you.

There’s a “skills” section that lets you download all sorts of things. Check your bank balance (our local credit union even has a skill in here). Check stocks. Check your credit score. Keep up on your favorite cryptocurrency, if that’s your thing. Order pizza… 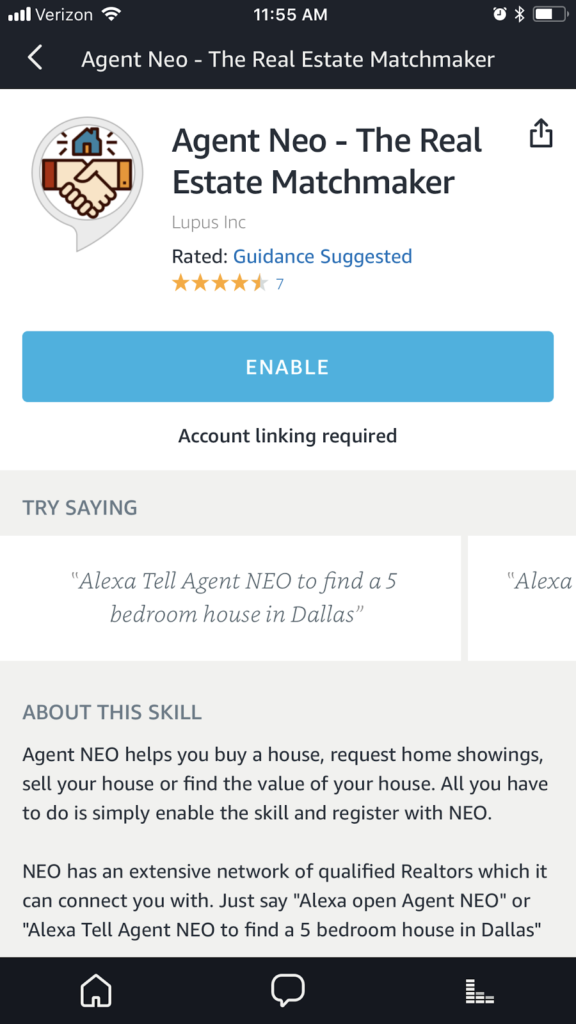 Businesses using Amazon’s Web Console (AWS) can set up different rooms and users, invite people to join, and secure cameras so only the right people can watch them.

Beyond that? Your AWS console has an API to integrate voice commands into actionable items.  Your IT department is the limit. Amazon brings up checking on conference rooms a lot, but there are plenty of things you can do… If you’ve got a computer system that manages inventory levels, you can create a skill to answer how much inventory you have of an item. If you use a scheduling system for tasks, you can follow up on them through Alexa. If you have an appointment system, you could use Alexa to check appointments in.

LongerDays clients set up all manner of tasks for our assistants to complete. Sometimes we have ongoing, recurring tasks. Sometimes we have one off tasks (research tasks are my personal favorite). Maybe in the not-so-distant future, you’ll be able to say “Alexa, create a new task for my virtual assistant” and Alexa will take down the task, your name, all the details, and we’ll be off to the races!

We’re both here to help you get things done that much faster.